Archive for the ‘News’ Category

The Cummings and goings of the real PM…

So how would the Conservative Government manage without Prime Minister Cummings? This pandemic has shown the UK at its very best – magnificent frontline workers; stoical population respecting the need for lock-down and distancing; and stronger communities where kindness has overcome unkindness. But the Conservative Government has treated it as a public relations rather […]

Conservative MPs again voting to reject sanctuary for child refugees. This is as unsurprising as it is disappointing. They of course routinely attempt to defend themselves by quoting the numbers of children who’ve successfully been resettled here in recent years. But this is in spite of not because of Conservative Government policy. As a Save […]

Putting stories before pursuit of truth – our media

The media tell us that public opinion is sharply divided about the story they have spent the past few days ramming down our throats. Apparently the Harry and Meghan “story” is all Fancy a taxpayer subsidised Christmas break to a luxury Caribbean holiday retreat? Well, let’s imagine we have a female PM and that, just […] 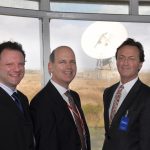 Mr Johnson needs to be reminded

We secured essential investment in space science at Goonhilly IN SPITE the Conservatives (who tried to block it) not because of them. Former west Cornwall Liberal Democrat MP, Andrew George, said it was rich of Mr Johnson to go to Goonhilly for a photo op today, especially since his party ministers had sought to frustrate […]

It’s Andrew George or the Conservative

If Andrew George doesn’t win we’ll have the same obedient Conservative representing us Westminster. Imagine how you’ll feel on 13th December if that happens. If the Conservative wins, it will probably mean five years of Johnson’s Tory party, supported by Mr Farage and the far right. There are fake stories on social media about future […] 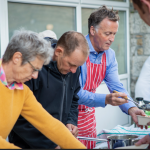 Thank you to the media for highlighting of the daily struggle of local people. It helps to get an important message across. The BBC reports from Penzance this week exposes the plight of hard-working local families who endure the very low wage and very high house and living cost local economy. Promises of tax and […]

Caretaker Government must be Plan A for Opposition Parties

History will not be kind to the collection of opposition Parties and independent MPs if they allow the Cummings/Johnson Government to continue fibbing their way to 31st October. The parliamentary maths is clear. A majority of MPs want to stop the Conservatives. A vote of no confidence followed by the creation of a caretaker Government […]

This column has been submitted to publication in the local newspapers. PM Johnson is imprisoned in his own web of deceit. His Government dragged unwillingly back to Parliament to face uncomfortable scrutiny. Guilty of misleading the Queen, of acting unlawfully, of lying to Parliament. He ought to do the honourable thing. But is bound to […]

The Liberal Democrats’ rational approach to Brexit is already well understood. But claiming we would unilaterally stop Brexit without reference to the people through a referendum IF WE WIN THE NEXT GENERAL ELECTION is unnecessary, wrong and counterproductive. Of course I understand why Jo Swinson feels obliged to overstate her case, because the media would […]