Archive for the ‘Local’ Category

The Conservatives see Cornwall as a developers’ paradise. Now they want to set that policy in concrete. And with a large Parliamentary majority and a pliant bunch of obedient MPs representing Cornwall there’s little to stop them… Their proposed changes to the planning system will put greed before need, accelerate volume house building and drive […]

It’s Andrew George or the Conservative

If Andrew George doesn’t win we’ll have the same obedient Conservative representing us Westminster. Imagine how you’ll feel on 13th December if that happens. If the Conservative wins, it will probably mean five years of Johnson’s Tory party, supported by Mr Farage and the far right. There are fake stories on social media about future […]

The Government’s badger cull was politically motivated, not based on sound science. Seven years on and after the culling of 40,000 badgers that reality remains. I opposed the cull then warning that culling badgers would risk making the problem of bovine TB worse. I helped set up the first community-led Badger vaccination project in West […]

Andrew George has joined his fellow Liberal Democrat Parliamentary campaign team to call for Cornwall to get a fair share of Government investment in its services and economy from the new Johnson Government. Andrew said, “This Government is led by a man who can’t tell truth from fiction. There’s going to be an almighty […]

Really encouraged to meet students at Cape Cornwall School and at Mounts Bay Academy. All so very interested, engaged, committed. Our discussion? Climate Change. Many had gone on School “Strike” to protest that their parents and grandparents generations had let them down. Had left them a legacy which threatens their future and of thousands of species […]

Good leaders stand up against those who seek to divide us

Just a month ago representatives of the whole Cornish community – Christians, Jews, Agnostics, Humanists and others – stood with our Islamic brothers and sisters in peace and solidarity against intolerance and hate. This was following the shocking murder of hundreds of worshipping muslims in New Zealand by a right-wing extremist. And so it is […]

Leedstown Cricket Club is looking forward to the new season, starting next month. It has two teams in Divisions 4 and 6. Leedstown are also looking for new players (men and women) to join a cheerful and competitive club. The Club has a greed a new sponsorship arrangement with SEF (Southern England Farmers) which is […] 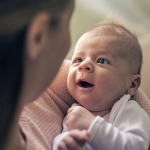 Not such a Happy Mothers’ Day – as Child Poverty increases again 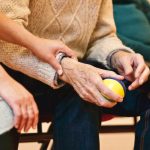 Good news. Home care workers in Cornwall will be better paid and treated and given more time to care.

Eight years ago I started pushing a care workers’ Charter to improve pay and conditions for the heroes who provide home care. Although this should have been sorted by the Government, it hasn’t been. However, I’m pleased that Liberal Democrats on Cornwall Council have now been able to introduce a “real living wage” base line […]