Archive for the ‘Environmental’ Category

The UK covid-19 battle is characterised by NHS and public sector Lions led by Ministerial Donkeys.Government Ministers have so far protected themselves from deserved criticism with the comfort blanket of supporters who jump on critics for being “unpatriotic” at a time when “we should all stick-together”. This has permitted Ministers to maintain consistency in their […]

Great news for Cornwall’s precious habitat and species. And big congratulations to Cornwall Council the Cornwall and Isles of Scilly Local Nature Partnership and Cllr Edwina Hannaford for demonstrating the determination and creative ambition to make this happen. Cornwall is one of just a few places in the country chosen to lead nature recovery. It […]

The Blues show their colours… (This week’s Blog – 17th Feb)

Dutifully chanted lies Prime minister Dominic Cummings and his official spokesman Mr B Johnson reshuffled what the media called their “Puppet Cabinet” this week. And it must have been reassuring for Mr Cummings to witness his newbies demonstrate cheerful choral obedience for the TV cameras by dutifully chanting the already debunked lies about the hospitals […] 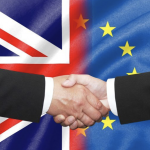 Big Ben may not have bonged Brexit in

Big Ben may not have bonged Brexit in but I’m sure there will be plenty of clangers to come. The Government has proclaimed that a mega trade deal will soon be clinched with the Faroe islands. And we’ll have our blue passports back (printed in the EU but no matter). They promise there’ll be even […]

Fifteen years ago I recommended that our society should insist on providing “executive airline lounges for bus users and bus shelters for airline users”. It wasn’t the three word and four syllable slogan that apparently works for political campaigns. So the campaign never took on. But the point was made. Our transport system seems to […]

Putting stories before pursuit of truth – our media

The media tell us that public opinion is sharply divided about the story they have spent the past few days ramming down our throats. Apparently the Harry and Meghan “story” is all Fancy a taxpayer subsidised Christmas break to a luxury Caribbean holiday retreat? Well, let’s imagine we have a female PM and that, just […]

Let’s offer them the benefit of doubt in 2020⁄ If what’s promised is delivered, 2020 ought to be a year to look forward to… The Prime Minister promises to restore our NHS, boost our economy, resolve the social care crisis, leap towards zero carbon Britain, slash poverty and to invest in education, policing, vital infrastructure, […]

Once again the Conservative is swept in on a national tidal wave, while we are swept aside! Nonetheless, congratulations to Mr Thomas on his victory. A positive campaign – to build a brighter future We fought a positive campaign – for our children’s future. For an outward-looking, forward-looking and compassionate country. To heal the divisions, to bring […]

Our Campaign Is Go!

“For Jo Swinson to say she could do “a better job than” Boris Johnson – or Jeremy Corbyn for that matter – is setting the bar very low indeed. “This election isn’t just about our future in Europe. It’s about the shape of our country for the next generation. “The Conservatives want us to become […]

The new Johnson deal doesn’t “Get Brexit done”. It would merely create new problems and leave the UK in a form of perpetual torment …If you’re suffering Brexit fatigue, this route will leave the UK in a Brexit netherworld for generations. Prof Michael Dougan kindly came to Penzance for a successful and well attended public […]