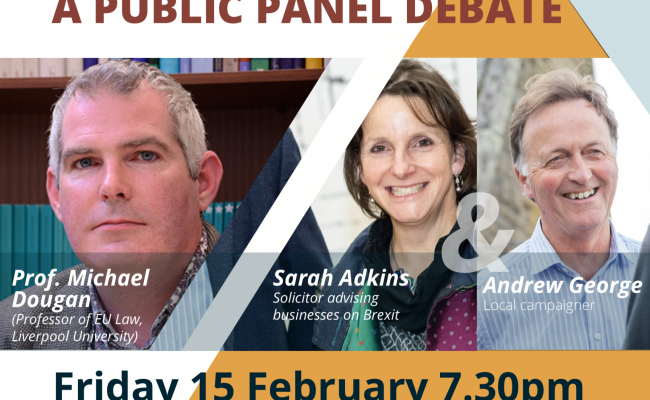 A major debate on the current crisis in Brexit negotiations will take place in Penzance this Friday 15th February. It has attracted a top Professor of EU Law – Prof. Michael Dougan from Liverpool University – along with Sarah Adkins – a lawyer who specialises in trade, and local Campaigner Andrew George, who has arranged the series of talks and debates since September last year.

Mr George has also invited the local MP, Derek Thomas, but who has refused to attend any of the events (including each of the debates during the referendum in 2016). In addition Mr George has responded to requests from Leave supporters in the audience of his last debate on 1st Feb by asking UKIP to supply a speaker for the Panel and to put forward the case for a hard Brexit. No speaker has yet been provided.

A poster for the event is attached.

Mr George said, ” It’s a great honour that Professor Dougan has agreed to travel to West Cornwall from Liverpool to attend this event. He is highly regarded as an expert in EU Law and with so much fake news surrounding the whole Brexit debate its will be invaluable to take advantage of his kindness to provide evidence to back informed policy making.

“Sarah Adkins has spoken at a previous event in November last year and is invited back because so much of what is under scrutiny now is central to Sarah’s expertise.

“It’s a disappointment but not a surprise that the local Conservative MP strives hard to avoid debate and scrutiny on the very matter which is pre-occupying Westminster at present. I also hope UKIP can find a leave supporter to join us on the panel and to explain to us how their Brexit plans will work.” 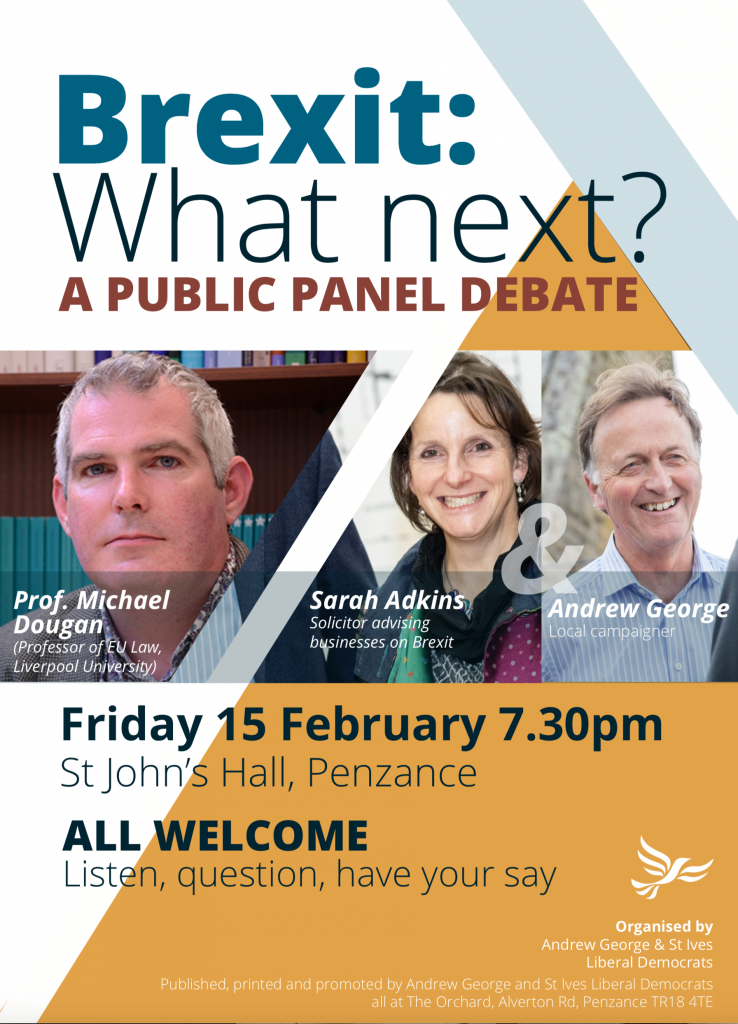